As supporters and opponents of the Affordable Care Act debate the best way to overhaul a clearly broken healthcare system, it’s perhaps helpful to put American medicine in a global perspective.

The infographic below is based on a recent Bloomberg ranking of the most efficient countries for healthcare, and highlights enormous gap between the soaring cost of treatment in the U.S. and its quality and effectiveness. To paraphrase Ricky Ricardo, the American healthcare system has a lot of ‘splainin’ to do.

It’s remarkable how low America places in healthcare efficiency: among the 48 countries included in the Bloomberg study, the U.S. ranks 46th, outpacing just Serbia and Brazil. Once that sinks in, try this one on for size: the U.S. ranks worse than China, Algeria, and Iran.

But the sheer numbers are really what’s humbling about this list: the U.S. ranks second in healthcare cost per capita ($8,608), only to be outspent by Switzerland ($9,121) — which, for the record, boasts a top-10 healthcare system in terms of efficiency. Furthermore, the U.S. is tops in terms of healthcare cost relative to GDP, with 17.2 percent of the country’s wealth spent on medical care for every American.

In other words, the world’s richest country spends more of its money on healthcare while getting less than almost every other nation in return.

It’s important to note that this data doesn’t necessarily reflect the best healthcare in the world; it is simply a measure of overall quality as a function of cost. Bloomberg explains its methodology as such:

Each country was ranked on three criteria: life expectancy (weighted 60%), relative per capita cost of health care (30%); and absolute per capita cost of health care (10%). Countries were scored on each criterion and the scores were weighted and summed to obtain their efficiency scores. Relative cost is health cost per capita as a percentage of GDP per capita. Absolute cost is total health expenditure, which covers preventive and curative health services, family planning, nutrition activities and emergency aid. Included were countries with populations of at least five million, GDP per capita of at least $5,000 and life expectancy of at least 70 years.

So what can the U.S. learn from the many countries that get more bang for their healthcare buck? Unsurprisingly, there is no one formula for success when it comes to efficient medical care. The systems that rank highly on Bloomberg’s list are as diverse as the nations to which they belong. The unifying factor seems to be tight government control over a universal system, which may take many shapes and forms — a fact evident in the top-three most efficient healthcare systems in the world: Hong Kong, Singapore, and Japan.

Ranking third on Bloomberg’s list, the Japanese system involves universal healthcare with mandatory participation funded by payroll taxes paid by both employer and employee, or income-based premiums by the self-employed. Long-term care insurance is also required for those older than 40. As Dr. John W. Traphagan notes in The Diplomat, Japan controls costs by setting flat rates for everything from medications to procedures, thus eliminating competition among insurance providers. While most of the country’s hospitals are privately owned and operated, the government implements smart regulations to ensure that the system remains universal and egalitarian.

Meanwhile, Singapore’s healthcare system is largely funded by individual contributions, and is often hailed by conservatives as a beacon of personal responsibility. But as conservative David Frum notes, the system is actually fueled by the invisible hand of the public sector: individuals are required to contribute a percentage of their monthly salary based on age to a personal fund to pay for treatments and hospital expenditures. In addition, the government provides a safety net to cover expenses for which these personal savings are inadequate. Private healthcare still plays a role in Singapore’s system, but takes a backseat to public offerings, which boast the majority of doctors, nurses, and procedures performed.

Despite being considered by some as having the freest economy in the world, Hong Kong’s universal healthcare system involves heavy government participation; its own health secretary calls public medicine the «cornerstone» of the system. Public hospitals account for 90 percent of in-patient procedures, while the numerous private options are mostly used by the wealthy.

All this government care isn’t taking much of a bite out of the state’s bustling economy: According to Bloomberg, Hong Kong spends just 3.8 percent of GDP on healthcare per capita, tied for the third-lowest among nations surveyed and good for the most efficient healthcare system in the world. 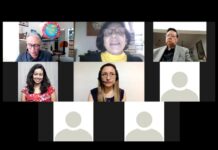 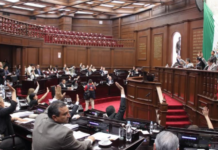 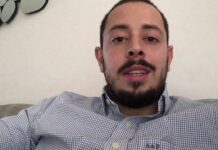